Speaking picture is trending across the globe. People are upbeat about the prospects of using Voxweb app and the way it is destined to change our lives. Some are comparing it to WhatsApp of instant messaging and Facebook of social media. Does it hold water? Well if we go by the history, then it probably does. 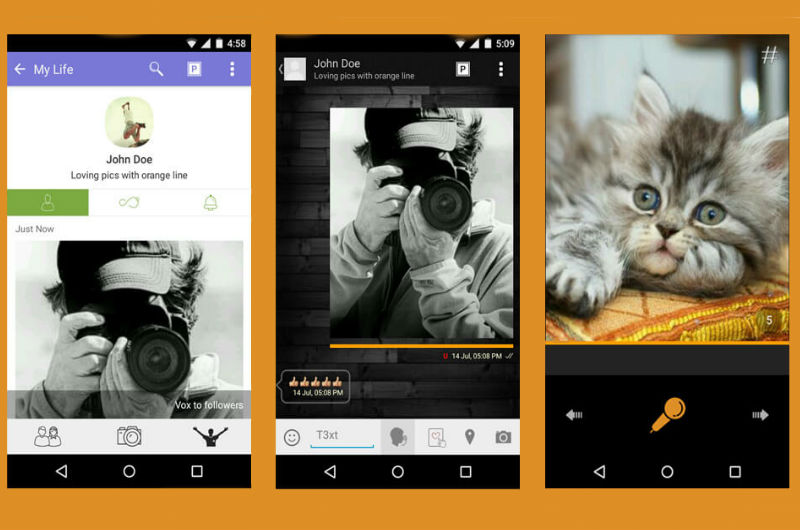 What are Speaking Pictures?
As the name suggests, speaking pictures are the pictures that speak. A user can first capture the image, record an audio message – which can be up to 11 seconds long and share it with the fellow users. The images that have audio are distinctly marked with an orange line. The images are lightweight and the size is comparable to a standard image.
Even by clubbing the audio to the image, it doesn’t result in any sort of quality loss, which makes a great case for its use.

Great! But what all I can do with it?
Audio images can help you do numerous things. Right from sharing quick messages to reminders, they are a full package of memory and more vivid image sharing. The concept is very simple, and it doesn’t need a significant change in your current picture capturing or sharing habits. All you need is a tap on the pictures that have orange lines to hear the messages and you are good to go. Voxweb’s commitment to technology makes it possible to minimize both distractions while recording and distortion of pictures.

Who all are using it?
Right from laymen in Paris to celebrities in Asia, everyone is joining voxweb’s bandwagon. It is simply intuitive and fun. The voxweb app is minimalist, thereby allowing users to capture and share images without any hassle, and their commitment to vagarious improvement should result in enhanced user experience in the near future.

Who has made it?
A team headed by Yash Mishra, an alumni of India’s most prestigious engineering institute – IIT. Yash saw audio images as the breakthrough technology that would mark a paradigm shift in the image sharing just like how Instagram did in the field of image capturing. A lot of research and hard work has gone into make this app, and Yash’s team has already grabbed eyeballs of numerous users and investors alike who are willing to be a part of this fantastic concept.

What about popularity?
Users are embracing it, and as far as social media is concerned, all are keeping a close tab on it. Many realize that they make a mistake by delaying the induction of gif, and do not want to repeat the same mistake again. With that said, they are keen to introduce this but have taken a wait and watch approach.

All is great, but is it free?
Yes! Both the app and its usage is free of cost. Voxweb app is available for download on apple and android platforms. There are no in-app purchases or image sharing costs etc.  Most great things are free – like WhatsApp, Facebook and now Voxweb.