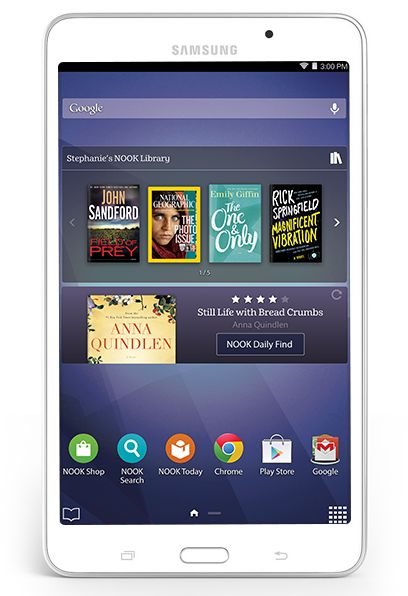 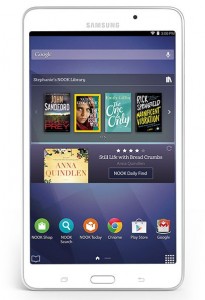 The intention has in fact resulted in a partnership with Samsung gained quite important to the presentation of a new device that combines the most important brands of the two companies: Galaxy Tab and Nook.

The new tablet called the Samsung Galaxy Tab Nook and 4, as anticipated in recent weeks, was today officially unveiled in the United Unti. This newcomer Barnes & Noble and Samsung have chosen the form factor of 7 inches, precisely what the popular Galaxy Tab 4.

The Galaxy Tab Nook 4 is undoubtedly an entry-level device with a technical decent but not terrific. At the 7-inch display with HD resolution (1280 x 768 pixels) is accompanied by a quad-core Snapdragon processor at 1.2GHz, 1.5GB of RAM, and 8GB of internal memory expandable via microSD.

The key points of the device are undoubtedly full access to the Android platform, the Samsung’s TouchWiz interface as well as the additions of Nook software related to the use of books and multimedia content.

The availability of the Galaxy Tab 4 Nook is currently limited to the United States and the starting cost is $ 179 which include approximately $ 200 of free content, $ 5 credit on the Nook store, and some special offers.