How filming the natural world has changed over the years

One of the great advantages of Television is that it has been able to bring us the natural world. It’s a world that we may never have experienced otherwise. The wilds of Africa, the desolation of the Sahara desert or the lush Amazon rainforest teeming with life and the depths of the ocean were brought to us.  All of these environments would have been impossible for us to know about. They have been able to advance the idea of conservation and the need to protect our world.

The beginnings of natural history programs begin in the 1950s. With television starting to become more and more accepted into the home the need for different programs became apparent to the content creators. Intrepid film crews were sent out into the wild world to try and capture nature. To begin with, this was all in black and white and it was hard for the audience to truly appreciate what they were seeing. However, an improvement in television was about to change all of that. 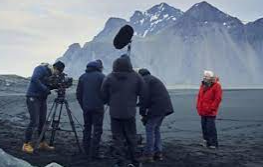 Colour television brought the natural world truly to life in UK living rooms. Life on Earth and the Blue Plant are just some of the most famous examples. Voiced by the incredible David Attenborough. Camera tech has also increased to the point that now with FPV Drone Filming like that from https://www.skypower.co.uk/drone-services/fpv-drone-filming/ even more inaccessible places can be seen and experienced like never before.