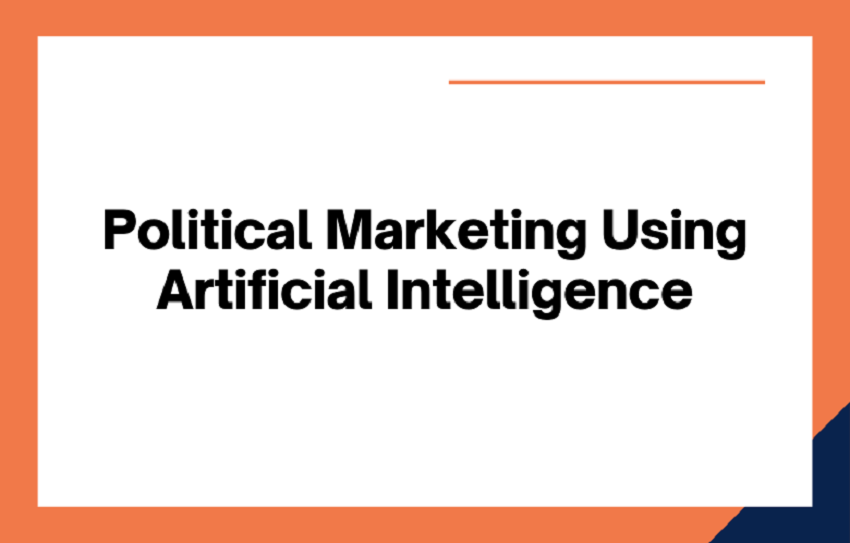 When it comes to politics and winning a campaign, there is a lot more to it than a popularity contest. In the last 10 years, there has been a change in how artificial intelligence is being used in many industries, with politics and campaigning not being left at the back.

Many parties are now turning to AI to help them with their campaigns, as the algorithms used can help with predictions, the campaigns themselves, and can help with tracking results with better accuracy.

So, how else is artificial intelligence helping in political campaigns?

More people than ever before are using the internet. So, the best way to reach people now is via a digital platform. This can seem time-intensive, as it may seem that your campaign team will need to type and send out hundreds of thousands of messages relating to the campaign. Luckily, AI can help; by logging all your supporters’ emails and phone numbers, AI can send messages to them reminding them to vote or of an upcoming campaign. There are many political text examples you can choose from, which an AI algorithm can then send out in seconds to thousands of people.

It costs a fair amount to run a political campaign, as you will need advisers, managers, and a marketing team to help you reach as many people as possible. Luckily, AI is growing in sophistication, and can now save you money when you are designing a campaign. As mentioned before, it can save money that would have been spent on staff who would be sending out emails and other messages. It can also save costs on predicting outcomes in set states, as well as tracking polls accurately.

When you start a political campaign, you need to know the people who will vote for you. This can be a time-intensive exercise and used to involve going through voting logs to see which people voted for your party in the past election and exploring ways to predict those who are more likely to vote for you based on their demographics.

As you can imagine, this was a very labor-intensive task and required specific analytical skills. Now, AI can track previous votes, explore demographics, and create more accurate predictions in seconds. Thus, allowing your team to focus on more important areas of your campaign, such as writing speeches and answering questions.

In the run-up to any election, popularity polls are examined and measured, so it can be predicted which candidate is the most likely to win.

However, AI can track polls more effectively and as mentioned before, can base the predicted results of the upcoming election with more accuracy by exploring the polls further. AI can assess income, previous vote history, political leanings, and thousands of other factors to determine which person is more likely to win, all by simply analyzing some basic poll data.

So, as you can see, having AI as part of a political campaign can help you to stay more focused on winning the election, while also highlighting key areas where they may be issues too.