Beep, the controller WiFi for streaming music, it is ready to be shipped

27 Dec Beep, the controller WiFi for streaming music, it is ready to be shipped

Posted at 13:46h in Electronic Gadget by Alex 0 Comments
0 Likes

Two former Google employees create the Beep, a system to transmit to all speakers of the fantastic world music via streaming, and is now ready to be shipped.

We had already talked about Beep in February, when he was still little more than a project. This is the idea of ​​two former Google employees, a controller rather cheap and efficient way to control the volume and music playback widespread stream in our house. Beep Connect to the Internet and to your stereo, and can reproduce 20 million songs Spotify (and Pandora if you’re in the US) without making another effort. 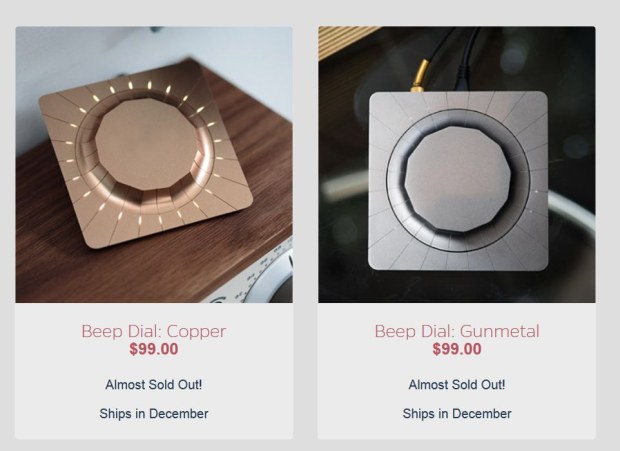 The system is a competitor of the dearest Sonos, and the cheapest Gramofon FON, and features an excellent design, perfect production quality and good value for money: for $ 99 can be yours. To be able to fully enjoy, however, you’ll also need a Spotify Premium account (even in its iteration familiar multi-user), as the company has just made a pact with Beep and can communicate with it due to its flexible system Spotify Connection.

As said, the cost is just under $ 100, and the units that have been produced so far are almost sold out. Beep rumored to be able to ship its products in December, and if you are thinking about a nice and luxurious Christmas gift you should take advantage right away – it is still possible that arrivals from the United States for the holidays here in Italy, but it is the same risk.

Systems such as the Sonos are becoming increasingly popular, year after year, but not become cheaper. These are devices that send music directly to the speakers stream, maybe using some special service such as Deezer or Spotify.

The problem is that many of these systems are expensive and are sold in a set, with their coffers. Two former Google employees have decided to propose a variant more customizable, and called it simply Beep.

As is done Beep

Beep does not include anything that is not essential. In fact it is a knob of aluminum as the usual volume of a stereo. Any case that has a line-in can be connected. LED lights integrated beneath the slots are special all the feedback operation that sends the user Beep – no display or other indicator.

It is not that there is an interface, to be honest: it’s all on a mobile app that also allows you to group all the beeping of a home, making them work together.

The main feature of Beep is to be extraordinarily elegant and attractive. The energy it takes from a USB port, and connects with a 3.5mm jack or analog audio out.

The Beep costs $ 99 today, but it will come to $ 149 after the launch. For now it is integrated with Pandora, which to us Italians is useless if Beep wants to expand in Europe will have to make deals with Rdio, Spotify and Deezer, at least.

Google Beep inherits the opening of the interface, which can quickly integrate all platforms and apps that will want to jump on the bandwagon. Unfortunately you will have to wait six months for the launch – we hope to find that in this period will become ready to run even on this side of the Atlantic.