A Brief Introduction to the World of Warhammer 40k, Warmachine, BattleTech, and Legion 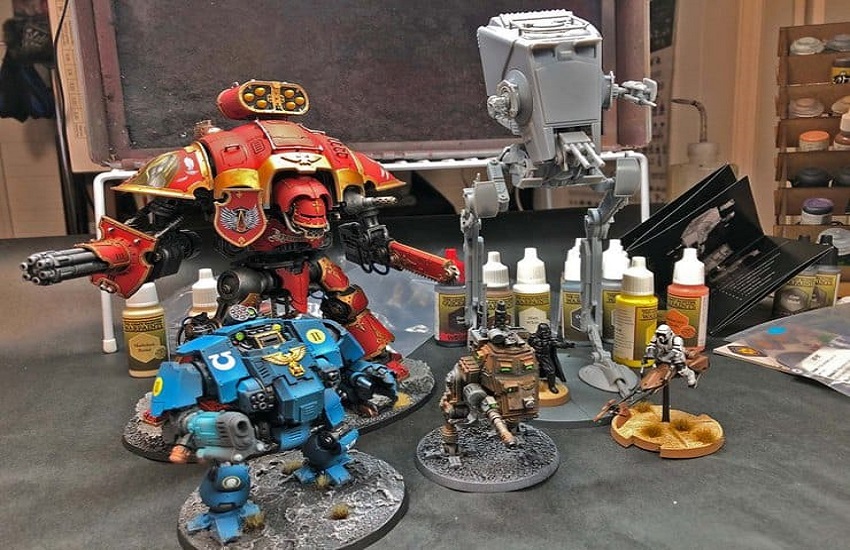 02 Aug A Brief Introduction to the World of Warhammer 40k, Warmachine, BattleTech, and Legion

Posted at 05:40h in Technology by Alex 0 Comments
0 Likes

A brief introduction to the world of Warhammer 40k, Warmachine, BattleTech, and Legion. The miniatures in these games are remarkably detailed, making them ideal for wargaming, but they don’t just look cool; they also have an emotional impact on gameplay. Games Workshop has dominated the small game market for years, creating an expansive world with rich lore that spans millennia.

The Warhammer 40,000 The Collectible Miniatures Game is a miniature wargame developed by Games Workshop. It is one of the most popular wargames of all time, particularly in the United Kingdom. The game’s first rulebook was released in 1987, and the latest edition will be released in July 2020. In a nutshell, the game consists of two main components, one of which is the miniatures themselves, and the other is the game’s rulebook.

The game is set in a distant future when stagnant human civilizations have been overrun by a host of supernatural creatures and hostile aliens. The models are a mixture of humans, aliens, and monsters, and they are equipped with futuristic weaponry. Warhammer 40,000 was adapted from the earlier Warhammer Fantasy Battle, and it is set in a futuristic world where the Imperium of Man faces dangers from heretics, mutants, and aliens.

Warmachine is a great choice if you’re a fan of wargames and collecting miniatures. The game’s focus on human nations is balanced by the less-civilized factions of Skorne and trollkin. Unfortunately, these factions lack the industrial capacity to produce intricate Warjacks and rely on furious Warbeasts and Warlocks to do the heavy lifting.

The game’s unique world-building is both a technical and emotional challenge. Each army’s miniatures feature unique attributes and can be influenced by various factors, including how they are painted and the backstories accompanying them. Known for its detailed miniatures, Games Workshop has been a dominant force in the miniatures gaming market for years. As a result, this company has created a rich universe and lore spanning many millennia.

BattleTech is a tabletop game with many different levels of complexity. The rules are divided into two main categories: a sourcebook and story fiction. Sourcebook fiction refers to the sources used to make the game’s models. Other sources include historical texts, intercepted personal communications, and local newspapers. Whether or not they’re true is up to the gamer. Generally, BattleTech players should have at least a basic understanding of all three of these categories.

The BattleTech setting is detailed in the Inner Sphere at a Glance booklet. The BattleTech game itself is broken into several phases. First is the Quick Start Rules. Next comes the Movement Phase. This is where you decide who goes first and moves first. After that, you move on to the Weapon Attack Phase. In addition, there are different types of terrain, each with varying movement costs.

If you’re a fan of the Star Wars franchise, you’ve probably heard about Legion in The Collectible Miniatures game. This is the latest line of miniatures from the Star Wars universe. The game features a limited number of units, but you can play as a galaxy-wide fleet or a planet-wide battle. What makes it unique is that you can play as either an alien or a human!

The core rules are easy to learn, and the stats for your figures are easily printed on standard-size cards. The game has two factions and uses eight-sided dice with symbols for success and failure. When moving units, these dice are your measuring sticks. These dice are also a great way to keep track of all your teams! The game includes new units, as well as new terrain. In addition to the new units, there are also new cards with upgrade options.

When it comes to the collectible miniatures game, there are a lot of great choices to choose from, but the best way to select one is to consider what you’d like to play, such as sci-fi or fantasy. Dust Tactics is a sci-fi thriller game in an alternate universe where alien technology has become part of the war effort. The game features two-sided gaming mats, special dice, rules, a scenario guide, reference cards, and plastic terrain pieces. You’ll also be able to buy a bunch of extra accessories, which makes this game very flexible.

Playing Dust Tactics is fast and easy. Most units take action during the game, such as move/fire or deadly sustained fire. The range of each unit’s weaponry is listed on the unit reference card. The combat resolution is handled using special dice that hit two and miss on four sides. The dice are rolled to resolve damage, save from taking damage, and combat.