TOP 10 Australian Series that you will love 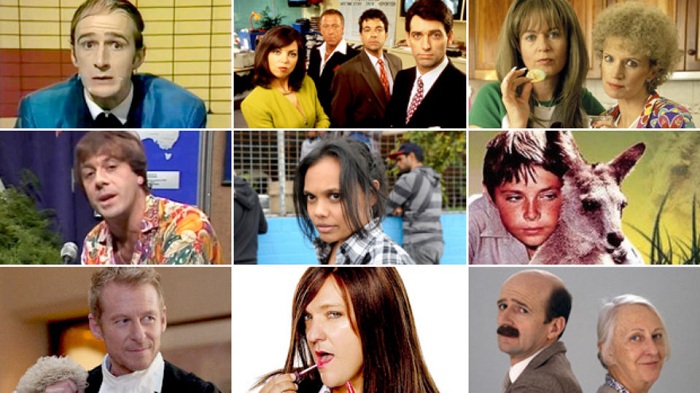 07 Nov TOP 10 Australian Series that you will love

Posted at 11:36h in Readers Choice by James 0 Comments
0 Likes

We have seen how Australia has been conquering the hearts of viewers with its success stories. Some make us laugh or cry, while others cause us terror, fear, suspense, among other emotions. It offers us a large catalog for all tastes, from which we select the most outstanding series in these times.

With our TOP 10 Australian series, you will be able to know them and choose them easily. We have included the best stories from this country so far. So keep reading!

Known internationally as Dreamland, it is a series that shows a story somewhat different from what we normally see on screen. It is developed in a government organization in charge of the supervision of infrastructure projects.

We see the work of a close-knit team, charged with carrying out important construction projects. From the announcement to the inauguration of the same. Utopia is one of the Australian series that cannot be left out.

Aimed mainly at a young audience, it shows the experiences of a group of young people within a ballet academy. In addition to their personal experiences (friendship, love affairs, etc.). The story is centered on Tara Webster, a girl fond of ballet who manages to enter the National Academy of Dance.

Along with her peers and competitors, Katrina Karamakov, Ethan Karamakov, Abigail Armstrong, Samuel Lieberman, and Christian Reed. We will see the effort of these young people for the most coveted award in the school.

We tell you about an entertaining story that has managed to interest many people. It’s centered on Cleaver Greene. A brilliant lawyer who shows us a little about his personal and work life.

He is a totally self-destructive guy, both in his private life and in court. Each episode shows us a case where Greene defends a client, who is usually guilty, is appreciated.

Another successful Australian series is The Code, a very interesting drama that has left many glued to the screen. It tells the story of a traffic accident and the secrets that the event hides. A stolen vehicle collides with a truck in the middle of the desert.

But even though there are two seriously injured Aboriginal teenagers, no one asks for help. Only two people, a journalist named Ned Banks and his brother known as Jesse Banks, make the decision to investigate what has happened. They also make known the truth of everything.

Perhaps it is a story that we are not used to seeing, but it has aroused a bit of interest in many people. Part of the slap a man gives a boy. An incident, which is not only an unpleasant and uncomfortable moment.

This act triggers a variety of consequences that are shown throughout the series. Events that will end up bringing those involved to justice. Feel free to check out this amazing series from Australia.

It is an incredible Australian series that takes us to know the adventures of a group of teenagers. They get lost in the forest and return to a world very different from the one they left behind. Well, their family and friends behave very differently, they have encountered a reality in which they were not born.

In order to find their way home, these young people forget their differences. They decide to join, and with the help of some people from the town and a powerful talisman. They try to find out what is happening and get back to normal.

This is one of the best Australian series, which has gained quite a bit of popularity since its inception. It revolves around the Wentworth Detention Center, a female prison where inmates, lawyers and officers have to face various problems every day.

The series highlights Bea Smith’s experience. Who is locked up in prison awaiting trial, for the attempted murder of her husband? We see how he must adjust to this horrible life behind bars. Where she is forced to distance herself from her daughter and share with the other inmates.

It is a story that allows us to meet Robin Griffin, an expert sex crime detective and his great investigation. This man is tasked with solving the case of Tui Mitcham, a 12-year-old girl who became pregnant and then disappeared.
In each episode, he shows us his work to clarify the case and find the whereabouts of the young woman. Which, by the way, is the daughter of a man directly related to drug trafficking. Without a doubt, one of the Australian series that you should not miss.

With this series, we will have a bit of science fiction, horror and suspense on our screens. It tells the story of a police officer named James Hayes. Belonging to a small town in Australia and a mysterious case.

One night, 6 people (Kate Willis, Carlo, Charlie Thompson, Paddy Fitzgerald and Maria Massola). That they were dead, they appear alive in better condition than the day they left. James Hayes is tasked with going to the local cemetery to see what is happening.

To end our TOP 10 Series Australians, we introduce Jack Irish. A series dedicated to those people who like crime stories, full of violence and corruption. He tells us about the experience of detective Jack Irish, the protagonist of the series, who is hired to find a missing person.

What this character never imagined is that this mission would bring him great problems. During the search process, Jack Irish ends up being accused of the murder of the person he was supposed to find. He is wrapped up to his neck in a complex web of organized crime interests. Tell us in the comments which of these 10 Australian series is your favorite.