Posted at 17:30h in Readers Choice by James 0 Comments
0 Likes

If you have come this far, it is because you have already seen the 100, you have been delighted with the series and you want to continue enjoying more plots with this one. That is why we have prepared the best shows like the 100 that you can watch with family and friends. Stay and meet them!

Among the latest series premieres on Netflix, the 100 is one of the most successful, thanks to the way the production approaches science fiction. In addition, it is a series based on the book by Kass Morgan , titled in the same way “The 100”. 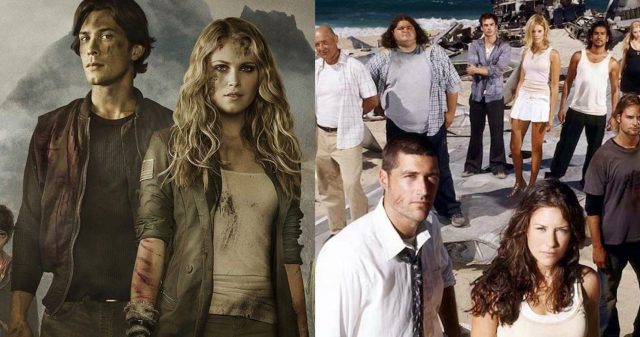 Remember that this series is about a world devastated by nuclear war. Where the survivors have been able to stay alive, hiding in space stations that are orbiting the earth.

After a while, they will have to see if they can live on planet earth again. Since the war destroyed almost all life in it. With few resources, they will begin a new story by repopulating and surviving in what was once their sweet home. Here is a list of 7 shows like the 100 that every fan must see.

An accident of Flight 815 in September 2004 begins the series, the “Lost” trip on a mysterious island. In 2010 it came to an end, and it surprised all of us with its wonderful production. The series is very similar to the 100, with a unique style which followed two types of related stories.

The first story recounts the struggle of the 4 8 survivors of the accident to survive and live together on the island in the hope of being rescued. The second story is based on the lives of the protagonists who are also part of the passengers, they show us their lives before the disaster with flashbacks. Knowing how they will be rescued and how many will survive will keep you glued to the screen in each episode.

We start with the series Under the Dome, like the 100, the series contains drama, fantasy, science fiction and mysteries. For what is one of the 100-like series, however, here we are told the story of the residents of a small American city. Chester’s Mill is the place where the great dome is located, transparent and indestructible.

The dome suddenly isolates the inhabitants from the rest of the world. From that moment they are cut off from the outside world, without a telephone, televisions, and internet. They themselves will have to find a way to survive with whatever resources they have. Little by little those resources will be depleted and tensions will increase. Will they find a way out before collapsing?

3% is one of those series similar to 100, with mystery, intrigue and suspense. The Brazilian production together with Netflix present us the story of a Brazil in a dystopian future. That is, where the entire population lives in extreme poverty. And only those with access to Maralto (a distant island in the ocean) will be able to access the better resources and riches that it has to offer.

However, only people who turn 20 can start the process to access Maralto. In the process, only the best are chosen. The problem? Only 3% of those who start the “process” are approved. Leaving the vast majority of youth, children and adults in poverty forever.

To finish our list of recommendations for the 100-like series, we cannot fail to recommend the Orphan Black series . An initially Canadian science fiction television series. The story is about several identical people who are nothing more than clones.

The plot centers on a woman who assumes the identity of another clone, having witnessed her suicide. Without a doubt, it is a series that makes us wonder about the moral implications of human cloning. Above all, in the effects of their personal identities, a perfect production to watch as a family.

This series is based on The Mortal Instruments books, the series is also known as Shadowhunters. Here we are shown 18-year-old Clary Fray who discovers something very mysterious on her birthday. He discovers that he is not who he thought he was, his past had been hidden, and he actually comes from an ancient line of Shadowhunters.

At this point in the story we begin to notice that it is a series similar to the 100, full of mystery and suspense. Since, the Shadowhunters are a kind of hybrids of humans and angels that hunt demons. The plot continues when the mother is kidnapped, and Clary is thrown into the world where demons are hunted. There he meets the mysterious Shadowhunter Jace and his best friend.

Next in our list of series similar to the 100, we have The OA, one of the most interesting series that currently exists. With a lot of suspense and science fiction, it is a production that is very enjoyed with the family.

The series is about the story of Prairie, who is a blind woman who returns after 7 years of disappearance, but with a very different behavior. In addition, since she has regained her vision, this woman calls herself OA. His intention to have returned is to go to the FBI. However, he meets with a different team of various people from his city to tell his whole story. Which contains innumerable secrets and mysteries.

Quantum introduces us to a man, Alex Parrish, who has been arrested for being the only suspect in a terrorist attack in the United States. The series tells the story through flashbacks, also with the story of his friends and fellow recruits. With each fragment of the story the suspense increases and the action grabs us from the first chapter to the last.

Do you know of some shows like the 100 that we have overlooked? Leave it in the comments!