Verizon and the Changing Face of AOL

27 May Verizon and the Changing Face of AOL

In the late 1980s and early 1990s, AOL, then called America Online, became the Internet for millions. It wasn’t the first online service by any means. CompuServe had been around for a while, but it was geared toward tech savvy users. Steve Case, CEO of America Online, envisioned his company as an online service for everyday people, one that was easy for those who didn’t know anything about computers to use. 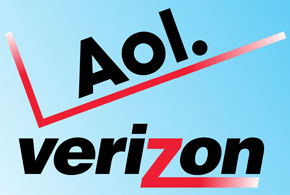 For many early users, AOL and the Internet were the same. Rapid growth and more computer-literate users gradually ended AOL’s Internet service provider reign, but as times changed, so did the company. Fast forward some decades: Verizon buys AOL. Time will tell what changes are in store with Verizon at the helm. Let’s look back at AOL’s heyday.

The Years of Plenty

AOL became the most popular Internet service provider in the early- to mid-1990s. With its team of creative minds and savvy professionals, AOL quickly bypassing already established services, including Prodigy and CompuServe. Much of its appeal was because of it was easy to use. Even more appealing, AOL focused on creating online communities for users with real time chat rooms, conference rooms and multiplayer interactive games. Its early partnerships with the Smithsonian Institution, Library of Congress, National Education Association and other educational institutions, along with resources for both parents and children, were firsts for online users.

In 1996, after a fee change from hourly to a flat monthly $19.95, the number of users grew faster than resources could handle. Many users canceled their accounts because of an inability to connect. To improve connectivity issues and quiet complaints, AOL moved to a new facility, added resources for future growth and made a landmark deal with Microsoft to bundled AOL with Windows. In 1997, AOL provided Internet access to over half America’s online population.

AOL and Time Warner: Not a Match Made in Heaven

In January 2000, AOL agreed to a merger with Time Warner. After the merger, AOL continued to introduce a variety of services, including firewall, anti-virus, phishing protection and anti-spyware software, AOL Instant Messenger (AIM), news, video and local information feeds.

In an effort to take advantage of advertising dollars and to compete with free email providers such as Microsoft Hotmail and Yahoo!, AOL introduced free email accounts. The company’s new focus was on raising revenue through advertising. By the end of 2007, only 10.1 million people subscribed to AOL. After a series of cost-cutting measures, including layoffs and various service shutdowns, AOL and Time Warner split. It was time to move in a new direction.

The Road to Success