The Best Streaming Devices For Your TV 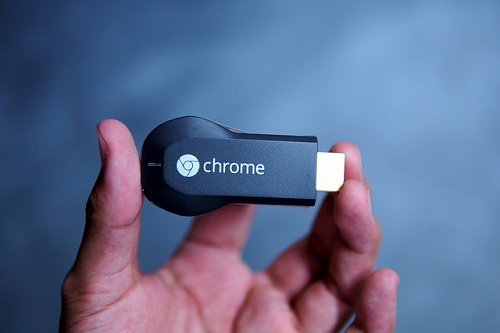 19 Oct The Best Streaming Devices For Your TV

Posted at 07:40h in Latest Gadget, Tips and Ideas by Alex 0 Comments
0 Likes

There are so many different media streaming devices out there that can be used to access television content that it can very quickly become overwhelming when you have to choose which one to purchase. With that in mind, let’s take a look at some of the most popular streaming devices on the market and the all important features that they can offer.

If budget is one of your key concerns, then the Google Chromecast is probably the most inexpensive streaming device that you will be able to buy. It comes in at around $20. It is almost like a wireless dongle that can be plugged directly into an HDMI input. You do need to plug it into a computer, tablet or smartphone, but you can then stream the content to your television. The surprising thing about the Chromecast is that it is actually compatible not only with Android, but also with Windows and Apple.

One of the most high end devices on the market at $99, but it does include quite a few features. It doesn’t include a HDMI cable, but you probably already have one of those lying around anyway. It is actually equipped with a powerful quad-core processor, 2GB of RAM and a graphics processor. This helps it to support over 100 games and you can even buy a separate game controller for the device. If you are an Amazon Prime subscriber you will have access to a wide range of additional content. One of the best features of Amazon Fire TV is that in order to avoid buffering the device predicts what you will want to watch next and pre-buffers it – this works especially well for binge watchers of tv series!

The Roku Streaming Stick is more of a  mid-range device at an average of $50. In many ways it is similar to the Chromecast, but since it comes with a remote control you do not need a mobile device to control it, although you can connect it through your tablet or smartphone if you prefer. Another benefit of the Roku is that it supports 7.1 channel surround sound. There are several other, more expensive versions of the Roku including the Roku 3 which also doubles as a motion controller for gaming and headphones for personal viewing and also the Roku HD which supports 1080p HD resolution and connects via WiFi.

One of the key differences between the Apple TV and most of the other streaming devices on this list is that rather than being a stick, it is actually a box – almost like a compact cable box. At $68 it is one of the more expensive options, but it does not require a HDMI cable. Apple TV supports iTunes and most major streaming services as well as personal content from your mobile devices. However, unlike the Chromecast it is only compatible with Apple devices.

Is It Really a Streaming Device You Need?

One thing that you do need to consider is whether or not a streaming device is right for you. It could be that you will not be able to access the channels that you most want to watch in which case there may be no point in purchasing one. If this is the case, then the best option is to research the television subscription packages that are available in your local area. For example, you can get the best tv service in Nashville, Tennessee here.

In conclusion, it is important to take the time to consider what you want from a media streaming device. Once you know what you are looking for you will be able to find the right device for your needs based on the various features they offer – or if it suits you better, the right tv subscription.