In recent times, the first port of call for most literary research is usually the internet. The internet is a rich repository of information and other relevant content that can decidedly make the progress of any literary assignment go much faster. Usually there is often the notion that content found on the internet can be used quite freely so long as due attribution is made. This belief is wrong as sites with a copyright notice ask that users seek the permission of the owner(s) whatever content they seek to make use of. Herein however lies another problem, there are times when some copyrighted content on a particular site is extremely relevant to a literary work being done, however it cannot be immediately made use of because of a dead or broken contact link to the original owner of the article.

This is a dilemmatic situation as the potential user of the content is unable to ask for the required permission or make payment for rights to use the article. While it may be possible to track down the original content owner using the vast resources of the web, the user may not have the time or may be unable to afford the extra costs required for doing such. Alternatively, the user may decide to go ahead and use such an orphan work but he or she also risks facing a legal case that may require the payment of up to $150,000 in statutory damages.

Although, the U.S copyright office did conduct some study into the uses of orphan works between 2005 and 2006, not much has been heard concerning the issue since the office made public the reports it had compiled on the matter in 2006. A bill concerning the orphan works has also been floated by Senator Leahy but has not yet received the due attention for its passage.

Should the bill ever become law, there are still certain grey areas which will need to be addressed. While the bill seeks to remove the heavy liability placed on the users of orphan works, it however still demands that users should make an intensive effort to reach the original rights holder of an article before going ahead to use it. The bill also requires that the details of such search attempts be properly documented. In the event of the rights-holder eventually showing up, the bill also desires that a proper negotiation for adequate compensation be made for the use of his or her work.

While the idea behind the bill is laudable, its provisos could also incur extra costs for the user. Extra costs making searches that may be fruitless for a content owner or an added leverage for the rights holder during negotiation is such a party shows up after the article has been used.

In view of this it is obvious that the orphan works field is still uneven for users. A better way of making things more even would be to an onus on the rights holders of contents to keep current his or her contact information such that it is easier to reach them.

Likewise there should be clearer definitions for works which can be deemed to have become “orphaned” especially if their rights holders are presently unreachable. There should be a fair passage of time within which the rights holder is unavailable before his or her work can be classified as an orphan work.

Presently, some web authors adopt the use of “copyleft” licenses such as the GNU Free Documentation License and the Creative Commons on their works for those intending to make use of their work.

Conclusively the more preferable option is for right holders to maintain current contact links that makes seeking for permission to use their works much easier. Visit http://www.forex-currency-converter.com/ to know tips on forex. 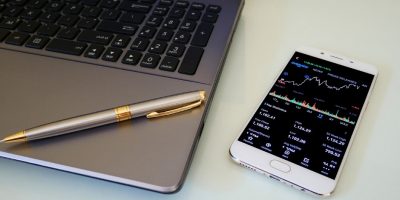 What You Need to Know Before Starting an Online Business

What to Do If You’ve Broken Your Smartphone

Smartphones aren’t designed to be broken, but sometimes it can sure feel that way. IfRead More