Use the Technology and our life will be easier 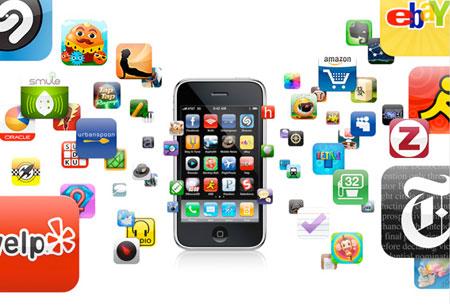 18 Nov Use the Technology and our life will be easier

Posted at 13:19h in Latest Gadget by Alex 0 Comments
0 Likes

In the nowadays world, computers are slowly taking over the humans’ positions in most of the cases. Computers are more precise, do not getting tired and what is the most important, they do not make mistakes. However there are some cases that require the smart decisions and in this case, humans are much more efficient than computer. Because more and more areas are filled with computers, the efficient controlling and security systems are necessary.

Computers may also be a part of security and controlling systems. Let’s take a look at the complex production lines, for instance car production. Most of the actions is performed by the computers or with a usage of them. Also the computers are scanning to car elements in order to check if everything is done correctly. The newest models are able to park by themselves and the concepts car can drive and repair by their own. It is amazing how computer technology is used by the people, however we have to keep in minds that every computer can be hacked. It is not hard to imagine what can happen if somebody will hack our car during the ride in a bad faith.

Security and controlling of the Internet users

Except the controlling computers’ work by themselves, computer users are also under some kind of control. Problem of the internet user’s invigilation is now relevant more than ever. It was said a lot about the ACTA paper that could be a start of global invigilation of people. After than the Edward Snowden show up the background of the NSA practices, people realize that even without ACTA we can be invigilated with easiness all around the world. There is also a big problem with cities’ surveillance system. It came up that the cameras can be used not only for video capture, but also a voice. It means that we can be overhead on the streets.

Kids in the Internet

Young citizens are very easy to manipulate, especially in the Internet. A lot of people use it to achieve their own goals. Everybody knows that the forbidden things taste the best. That’s why the adult oriented content is very often a goal for kids. Next threats are sexual offenders and it is the most important problem because of the consequences. Child can be secured by the various methods. The first thing is as always the education and building awareness around the threats lurking in the Internet. Next thing is to install professional software like antivirus, firewall and parental control. The last solutions deserve the biggest attention. Parental controls are usually third-party software that allows parents to set up a high level control over their kids’ activity on the computer and in the Internet. It usually consists of many features like blocking access to the particular websites, filtering the email box and reporting users’ activity. This kind of software can be used in households, private companies and public institutions.

If you are interested in the topic of controlling computer users, feel free to enter http://www.pcwebcontrol.com/ where you can check the reports concerning the parental control and details of the PCWebControl software.