You want to buy headphones and you’ve read a lot of comparatives, forums, blogs, etc. And every time you are more involved. We share different types of headphones.

Too much information and not all are reliable, so let’s try to make it easy for you.

Depending on your connection, they can also be:

Finally, according to its functions, there is a wide variety of types of headphones:

They are specially designed for sports, with better support, comfort, and resistance. They can be Bluetooth (increasingly) or with cable and often have IPX4 or IPX6 protection against sweat and moisture, as well as playback controls for iPhone and Android.

Today, almost all “normal” in-ear headphones, not especially audiophiles, have a microphone and control so they can be used to talk with a smartphone. Same as almost all urban or portable headphones. Before it was considered that having micro worsened the sound quality and made the headphones more expensive, but it is not true. Neither sound worse than the versions with micro nor the price is very different.

They are the typical headset with aviation microphone. Good comfort, many times include mute controls, volume and other useful functions for gamers.

These models have an electronic noise cancellation system in addition to the sealing offered by the closed construction.

They are normally closed supernaturals. Small headband headphones with some folding system that makes it easy to store and put them in your luggage.

They are closed headband headphones, sometimes with one of the mobile arms to release one of the ears, with good insulation and strong enough to withstand the demanding treatment of DJs. Many PRO headphones can adapt perfectly to DJ use and also have better sound quality.
To give some examples, top-end headphones are usually open circumaural with a balanced cable, the study is closed circumaural and many notebooks you see on the street are supraurales closed either wired or Bluetooth.

In addition, there is also a model that is a small variant of these types of headphones, such as semi-open or “ fake closed” headphones, which are closed but little insulate, or the almost-circumaural, which are large suprasellar that practically surround the ear but they step on it a bit.

You may interest- SIX TIPS FOR BUYING WIRELESS HEADPHONES

Headband headphones according to their construction

In these headphones the glasses are open. Normally they are protected with a grid that lets the sound in and out. Most top-of-the-range headphones, flagships, are of this type. Which does not mean that all open models are by definition better than closed ones?

They do not isolate, so if you have people nearby they listen to your music and you listen to their noises.
Types of closed circumaural headphones

The cups are closed and the pads are dense, so the sound neither enters nor leaves. The cups can be made of plastic, metal, wood or any other material.

They isolate the sound both from inside to outside and from outside to inside, which neither bothers nor bothers you.
If you want to “physically feel” the sound pressure, the sound does not escape in these headphones shows more.

Headband headphones according to your placement

The pad completely surrounds the ear and rests on the head. There are those that practically cover you half face and others are more tight to the ear.

Supraural HeadphonesThe smaller diameter of the pads makes them rest directly on the ear. Most supraural headphones are usually designed for portable use, so sacrificing sound quality and comfort is justified in exchange for a smaller size.

As you know, there are also headphones in the ear. This type of headphones on which are usually used more for portable use with the smartphone or an MP3 player. We already talk extensively about them and how to use them correctly to get the most out of the entrance on how to put on headphones in-ear.

As a summary, this type of headphones can be classified according to their placement and type of drivers.

In-ear headphones according to your placement

Headphones in-ear over the ear

They are the studio monitor type, with the cable facing up around the ear. It is the traditional construction of the in-ear headphones and comes from its past as live stage monitors.

They are a little more complicated to put on and take off, although only at the beginning if you have never used this type of headphones before. Soon after using them you wear them just as quickly.

Types of headphones, in-ear cable down.

Also called earbuds, they are the ones that are placed like traditional earbuds. Most headphones with this placement are of medium-low range and for casual use since if you want to put several drivers the weight gain makes them fall easily. There are some exceptions of high-end headphones with downward positioning, but the offer of this type of models is much lower than that of the over-the-ear and every time it goes less.

In-ear headphones depending on the type of drivers

They are those that have a single driver that covers the entire frequency range.

It can be a dynamic driver or a balanced armature. They are usually the mid-range and low-end models, and although there are high-end models that sound great with a single driver, they don’t reach the performance of their multi-driver opponents.

Its main advantage is that not needing filters or space for several drivers can be smaller and more comfortable. In addition, they have no problems such as an uneven ring between drivers or phase conflicts, as happens to many cheap multi-drivers.

The drivers are usually the most expensive part of a headset, so in the low range, I prefer a single driver of fine-tuned quality than a multi-driver with 4 or 5 drivers of worse quality, which almost always sin of an unrealistic timbre.

In the must, as is obvious, a single driver can hardly cover the entire frequency range with the extension and quality that a multi-driver allows. This becomes more evident if it fits with balanced armatures. A dynamic single driver performs better through the frequency range than a balanced single armature, which although it can easily be better than the dynamic medium and treble, usually clicks on bass and subwoofer, giving a slightly “fine” sound.

Headphone types according to your sound profile

Regardless of its shape, headphones can have various types of sound. Just as not all guitars or speakers sound the same, not all types of headphones sound the same. Two headphones, being both good, may sound quite different. This is because there are “sound profiles” , so depending on how you like to listen to music and what genres you listen to, one profile or another will suit you more.

The balanced response also called balanced or flat (or with a tendency to flat) is the sound that is considered the most HIFI, the most faithful to the original recording.

If you are going to monitor recordings, you have a sybarite taste or you listen to classical, jazz and in general complex music and with a large number of instruments, this profile is usually the most suitable. In fact, high-end headphones tend to be of this type.

Within the “flat response” there are variations and today most people usually prefer a point of more serious and less acute than they would be flat headphones “manual” . A sound with a warm spot that is less “tiring” , that gives more body to the voices and at the same time is less critical with the recordings (which are not normally for shooting rockets).

Examples of well-known balanced headphones would be the Sennheiser HD80oS and HD600, AKG K702 and K712, Beyerdynamic DT880, Hifiman He560, Stax SR009 or Audeze LCD-3 and LCD-X. Among the balanced-warm headphones, the Hifiman HE400S and HE400i, Audeze EL8 and Audeze LCD-2 or Stax SR007 stand out. At a more economical level, we can find the Takstar Pro 82, or Superlux 662F. Among the most popular in-ear headphones (IEM) in this profile are the FLC8S, the Etymotic ER4P or the Brainwavz B400.

Of all types of headphones, these are recommended when you want to buy headphones for rock, metal, hip hop, electronics, and genres. A very marked V, with many bass and treble and very late media, offers a sound too radical that most people do not like, except perhaps for perhaps electronic music. Voices and acoustic instruments are lost a lot. On the other hand, a moderate V (also called U) is a good alternative for off-road headphones, which are going to be used with different genres and in which a more “playful” or “energetic” listening prevails.

a Sound profile that does not raise any frequency over the others. It is also called “neutral,” “balanced,” or “flat.” Headphones with a more hifi intention tend to this profile, although most slightly raise the bass and gradually cut the treble to achieve a subjectively more pleasant sound.

From English bass, with many basses. The bass can have “stuck”, like a drum, and “depth”, like a subwoofer.

Brilliant: That highlights the treble. Sometimes there is also talk of “clarity.” On the contrary, when they have few trebles, they are called “dark” and if that also results in a lack of detail, as if we were listening through a thick curtain, they are often called “veiled.”

The warm sound is that which has a tonal balance more overturned in the medium and bass while the cold sound highlights the treble. Cold headphones are also called “analytical.”

It is the ability of headphones to sound credible, integrating the various instruments and offering a realistic experience. Sometimes there is also talk of “articulation” and “targeting”, such as the ability to structure the elements of the recording in a realistic way in space, in which the voices and the different instruments take their place and have the correct presence.

It is the ability of headphones to move from one frequency to another quickly. It has to do with the “attack”, which is the speed with which it begins to reproduce a sound. It is said that headphones are “fast” when they have good dynamics and attack.

Refers to the recreation that headphones make of the stage. It can be “wide” when it is able to recreate large stages, or “intimate” when the stage is small. If the scene is small and also not well recreated, talk about “little/bad scene”. Depending on the three-dimensional recreation they get, sometimes it is also detailed between “breadth” and “depth.” When the scene is wide it is also said that they sound “airy”.

Graphically, it highlights the frequencies of bass and trebles over the media. It can be more or less extreme. The very pronounced V profile is usually typical of poor quality headphones since it forgets the media that is where the vocals, guitars are … On the contrary, “slightly in V” is a very common profile among the best headphones, since it is very versatile and nice. They are also called “fun.”

Pace, Rhythm, and Timing. It is an arbitrary and subjective but practical concept. It includes the ability of headphones to “activate” and make us keep up with the music thanks to its great dynamics. It is related to “fun.”

Also called “detail.” It has to do with the low distortion and accuracy of headphones and is the ability to show the less obvious aspects of a recording, such as the singer’s breaths, scratching the spike or hitting the battery patch.

Refers to the ability of headphones to distinguish the different instruments that are part of a recording. When the music plays all together it is said that they “graze.”

Those are the different types of headphones. 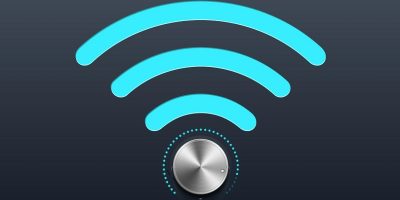 The domestic wifi amplifiers allow improving the Internet connection in all areas of a home.Read More 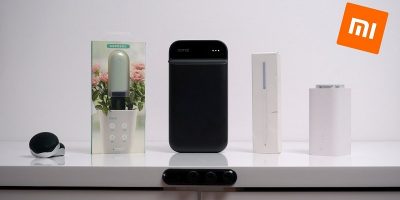 Today more and more users are betting on a smart home. The idea of ​​havingRead More