Is the Cloud Right for Web Developers and Designers?

The relentless rise of cloud computing is rapidly changing the way in which professionals who work in web development and design go about their jobs. The benefits of “working in the cloud” are potentially huge, however with such speed of progress it can be difficult to know whether a solution is indeed that. So, we’ve had a look at one of the major aspects of the cloud – cloud hosting – to see what effect it may have on the way in which developers and designers work.

Increasing numbers of web developers and designers are embracing “the cloud” – not least because of recent innovations. Flexibility is evidently a key selling point and cloud servers offer just that. Web developers are unburdened from the time and expense of managing any physical hardware and therefore have more time to focus on their real work. Furthermore, cloud servers offer scalability of resource. For example, if additional CPU or memory for resource heavy applications is required, this can almost instantly be achieved and then scaled down when required, therefore bypassing any limitations of physical hardware.

Web designers who work on websites backed by large virtualised environments can also find great benefit from cloud servers as it enables a cost effective way of increasing capacity to deal with spikes in traffic. For example, a designer who is working on the development of several websites may require extra capacity during a testing phase that causes a spike in traffic. Recently, many ecommerce websites have also witnessed considerable surges in website traffic caused by activity around special promotions on social networking sites such as Facebook or Twitter. Occasionally this traffic can lead to a website crash, which can be detrimental to revenues and reputation. In 2010, the on-sale launch of tickets for pop group Take That’s “Progress” tour caused such an extreme volume of traffic to several high profile ticketing websites that there were widespread operational failures. This unprecedented event demonstrates the need in this day and age for flexible hosting solutions.

The control afforded to web designers and developers is another benefit of cloud hosting . Those who host a website on behalf of a client can more easily control their IT budget if they are not tied to a standard monthly subscription when rented or purchased physical servers are used. By adopting the “on demand” model offered by cloud hosting providers, the cost of paying for servers that may not be used but have been purchased in the case that a traffic spike may occur at some point in the month is eradicated.

So, when all the cost, capacity and functionality benefits are added up – it would appear that cloud hosting offers a decisive avenue for web designers and developers who are looking to embrace the cloud computing revolution.

What to Do If You’ve Broken Your Smartphone

Smartphones aren’t designed to be broken, but sometimes it can sure feel that way. IfRead More 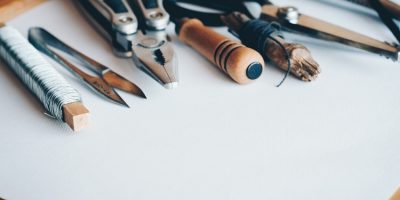 5 DIY Projects for Beginners to Try

There always seems to be endless tasks around the home that need completing, and whenRead More